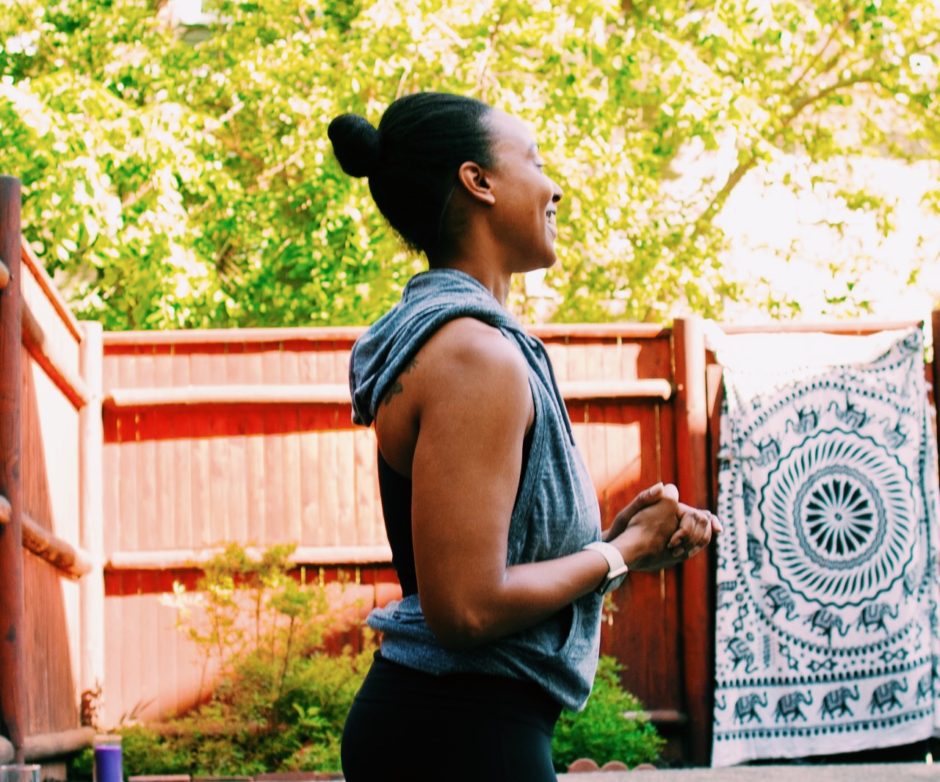 Recently I added my coaching programs with corresponding cleanses to our Shop so I just wanted to re-share my inner journey towards crafting these experiences. I hope after reading you connect with my mission for coaching and explore one of the programs with me, it is truly a transformative experience for us both.

I recall sitting in a conference room in Belvidere, a NU building, some time around the fall of 2016, or so. I had been invited to join this small, (kind of exclusive, kind of exciting) Network Leadership team that the University was testing out.

The group was conducted in a very experimental way. We were encouraged to talk about our feelings. We were asked to ground in before we started our meetings. We would go around, and very candidly share an update of where we were at – physically, mentally, and emotionally. There were only about 11 of us, it was intimate, and, oftentimes, very raw. Looking back, it was quite incredible that we were afforded this space and time in a professional work setting.

I recall that my colleagues and I were talking about promotions, as one of us had just received a new Managing Director role at a well known company. We were so excited for our colleague, and I recall my dear friend asking this colleague, “When did you know?”

She was asking him when he knew he was ready for this evolution in leadership. I was surprised by the question, especially coming from her. She was then, and is today, one of the strongest, most precise leaders I know. But in that moment, I saw a vulnerability in her, which I had never seen before.

And others noticed, too. Our leader said, “I heard you say, when did you know, because I don’t know.” She cried at that moment. It was powerful. Others in the group became emotional. They had the same question, and, by her being vulnerable, she opened up space for them to express their own insecurities.

I was shocked. At the time, nobody in that room knew that I was also interviewing for a high level leadership position. As one of the youngest people in the room, I was so surprised to see my colleagues – people that I genuinely respected and felt were in great positions – have such a lack of confidence in their own leadership readiness. I began to question myself.

Why was I confident? How was I ready?

But, I can also remember a few times where a few people championed me.

I had one boss who used to tell me every day that I was the shit. Straight up. He would be like “Ki, you’re amazing and you’re going to be leading us all someday.” At first, I honestly was kind of creeped out by it. But, on the days where I really needed positive affirmation, I let myself accept his praise and it changed me. Accepting the possibility that others saw a greatness in me, even when I couldn’t see it in myself, transformed my capacity to love myself.

I had another colleague who I said something really shitty to. It was offensive, and still to this day, it haunts me that in a moment of ignorance, I said something so hurtful. But, when she forgave me, she told me, “I know you’re better than that.” The compassion that she showed me created space for me to show myself compassion. I learned how to accept the moments where people exposed my shortcomings, because then, I could grow. I wanted to be that better version of myself, that she knew was there but my own mind could not activate.

I remember, the same friend who had everyone crying in our network leadership meeting, one time said to me, “You don’t have to get defensive as soon as someone asks you a question.” I didn’t realize I was doing that, and for a quick second, I really didn’t want to believe or accept what she was saying. Then, she explained, “When you get defensive, you kind of start talking fast and just repeating information, and your entire message gets lost. You can just say ‘I don’t know the answer to that, and I’ll get back to you.’ You don’t have to know everything.” By telling me that, she released a huge burden off my back. Up until that point, I thought I did have to know everything. I thought people were expecting me to be armed with facts and know every detail about every single thing, and, if I didn’t have the exact answer, I would instantly be written off as dishonest or someone who doesn’t really know what she’s talking about. She changed the whole game for me, and things changed when I started letting myself make mistakes or not know the answer to everything.

I had my best friend, who constantly tells me I’m the most beautiful girl in the world (actually, she is). I remember when I had gained weight after going through a difficult relationship, and I lost a lot of confidence in my body and appearance. She absolutely would not accept that. She would literally walk down the street, singing songs to me, telling people how beautiful I am and how lucky she is that I’m her best friend. She would force me to call myself beautiful. To tell myself I love myself. She taught me how to big myself up. How to self champion, for the moments she couldn’t be there to be my cheerleader.

I had coaches. Every step of the way. I am blessed to say that, even in my darkest moments, I have had someone beside me to cheer me on, tell me that it’s going to get better, hold my eyes open to the light when I didn’t have the strength to keep my own lids open.

These people held me accountable. It wasn’t always butterflies and roses. They cracked me open, not to destroy me, but to help build me back up into an even greater version of what was there before. I wouldn’t say they made me (and they wouldn’t want me to), but they certainly helped shape and mold the woman that I am today. I am forever grateful for their service to me, but moreso, I recognize the power in their coaching and championing. Their unwavering support gave me the confidence, time and time again, to push myself forward, and evolve. Even when it was scary, challenging, painful, or just straight up felt impossible to overcome the obstacle that I saw in front of me. They had a way. Every time. Something positive to offer me, something that I could hang on to and push through. And they were there.

It’s possible that I would’ve got through without them, and even that I would be in the same position I’m in today. But, I’m so grateful that I didn’t have to. That’s why I started this coaching program.

Nobody has to face the universe alone, or without a cheerleader who is going to support them, big them up, make way for their shine; but also, keep it real with them, guide them honestly and gently towards a path of progression and evolution. Everyone deserves someone who is going to hold them accountable, but, at the same time, love them through.

In general, those individuals (and so many others) calmed my mind, nourished my body, and loved my soul. They centered me when I needed it most, at times sacrificing their resources to provide what I needed to be whole. I’ve come to believe that part of my work is to see people totally – their mind, body and soul. Through conversations, I try to connect with those different layers of everyone I meet, so that I am generally supporting and loving the parts of them that need it most. That is what I offer in my coaching program. Support and love for all parts of you, exactly as you need them, and with the intention of reaching a higher version of you.

Honestly, nobody needs to pay for a coaching program. But, the fact that these programs exist, and there are people doing this work, is a gift. Not everyone has an aggressively encouraging boss, a super saucy best friend who leads with love, or a Libra homegirl who will tell you about yourself in the sweetest, most professionally undeniable way possible.

And, a coach isn’t going to make your problems disappear, just like a friend who is trying to give you advice before you’re ready to hear it is not always helpful. You have to be 150% committed to your growth and development before you can actually evolve. Why? Because it’s hard. Usually, quite painful. It isn’t going to be easy and most of the time, it isn’t going to feel great. But, you have to trust that in the end, you will be a better version of yourself. Period.

The last thing that I want to mention, as far as why I started coaching, is that, in all honesty, I was giving away a lot of my time, and it began to take a toll on me. People (friends, colleagues, students) will often email me, sometimes text my phone or just straight up call me, and they will start unloading problems on me. They will share what they are going through, and I genuinely cherish those moments. However, they are dangerous for me, because a lot of times I will offer space, compassion and love for their growth, but it isn’t formalized and may just be a one-off type deal. I might hear back, I may never hear from them again. And, quite honestly, that doesn’t feel good to me. If you are seeking my guidance, it’s for a specific reason, and we both deserve to do it right, and to give you the opportunity for growth that you truly need. We deserve to be held accountable to your progression, and you deserve to commit to yourself fully. Just know that I will be just as committed as you, I will be honest, compassionate, and most of all, I will love you through every up, down and sideways motion your journey takes you on. 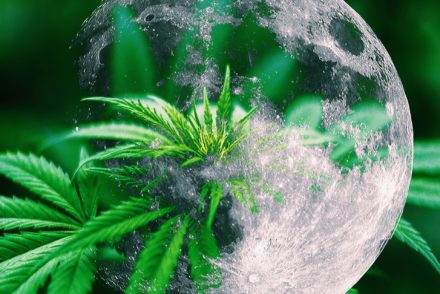 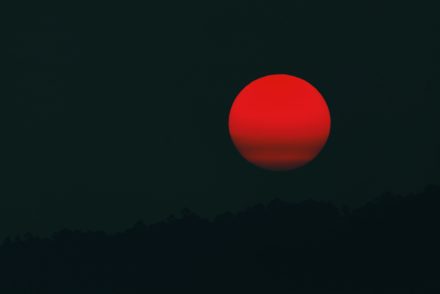 Coming through for our Full Moon Open Smoke + Medi

Have you subscribed? Our monthly Bloom Boxes inclu

The July calendar is live y’all! We have a bunch

We’re doing the BBQ take out again because y’a

Weekly goodies are restocked and the hint for this

New rotating goodies are now live in the Shop so g

Our new weekly rotating selections have dropped in

Have you checked out the rotating menu for this we

No live today. Y’all know where we stand. Black

The gang is growing!!! We’re headed to LA y’al

See you Monday for a big announcement!!! While you

BACK BY POPULAR DEMAND our June Bloom Boxes have d

This week’s rotating goodies are up AND there’

Throwback to when we used to see other people all

The last two Sunday Flows for May are posted, with